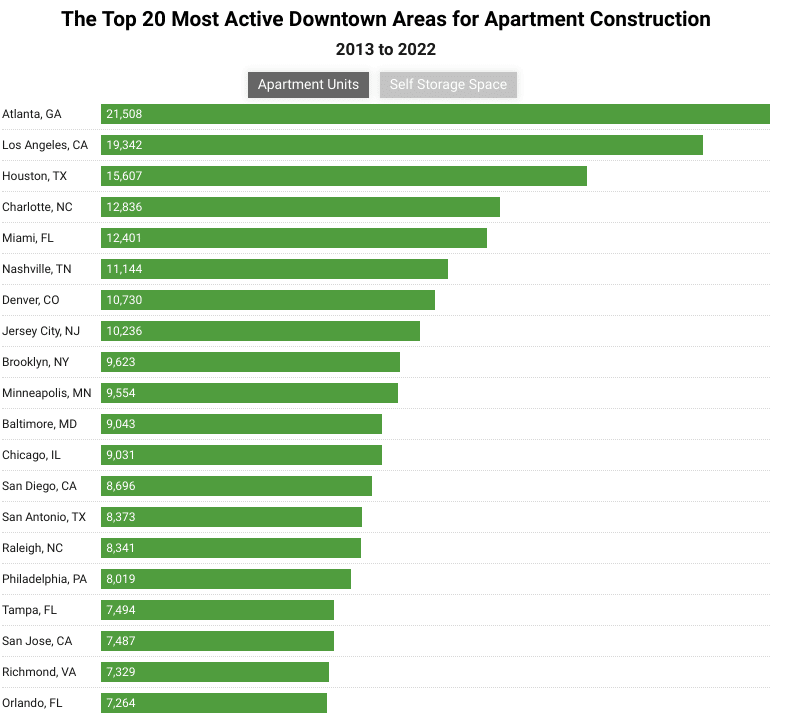 Perhaps unsurprisingly to even the casual observer, intown Atlanta led the U.S. in apartment development over the last decade, beating out much larger metros by the sheer number of new units, a recent study finds.

Between 2013 and 2022, 21,508 apartments were delivered in Atlanta’s downtown area, compared to 19,342 in Los Angeles and 15,607 in Houston, according to StorageCafe, which cited data from its sister division, Yardi Matrix. The 100 cities analyzed in the survey yielded a total of about 391,000 new apartments, reflecting the overall popularity of downtowns and walkability, which took something of a hit during the most socially distanced days of the pandemic.

StorageCafe’s definition of downtown Atlanta is somewhat expansive. Encompassing the 30303, 30308, 30309, 30313 and 30318 ZIP codes, the survey includes large swaths of the Westside, Midtown and Old Fourth Ward, areas that have seen much more development than the relatively sleepy section that’s traditionally considered “Downtown.”

Still, the point is well taken.

Since 2013, intown Atlanta has seen its apartment stock grow by more than 50%. The 21,508 new apartments represent more than half of the area’s 41,191 total units. Another 7,000 apartments are under construction, StorageCafe said.

Looking ahead, Yardi Matrix business intelligence manager Doug Ressler expects the intown apartment boom to continue, especially as the cost of construction makes new single-family homes increasingly out of reach for many people.

“Multifamily properties present a far more appealing alternative, especially for busy professionals who seek both comfort and convenience in their housing choices,” he said. “The compromise on space, which often accompanies urban living, is easily addressed today, as self-storage is widely available in most locations.” 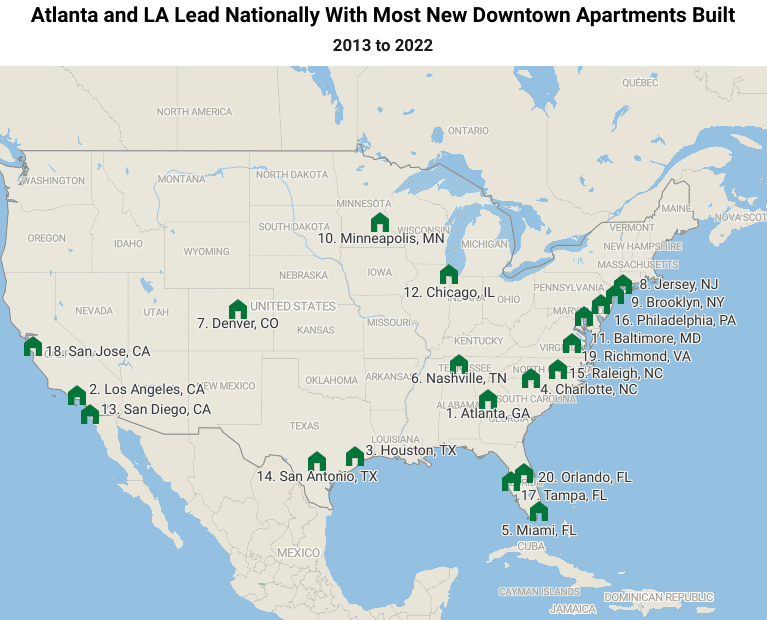