The project will include 381 apartments, 55,000 square feet of medical office space and a 140-room hotel with long-term stay suites. Courtesy of Related Development. 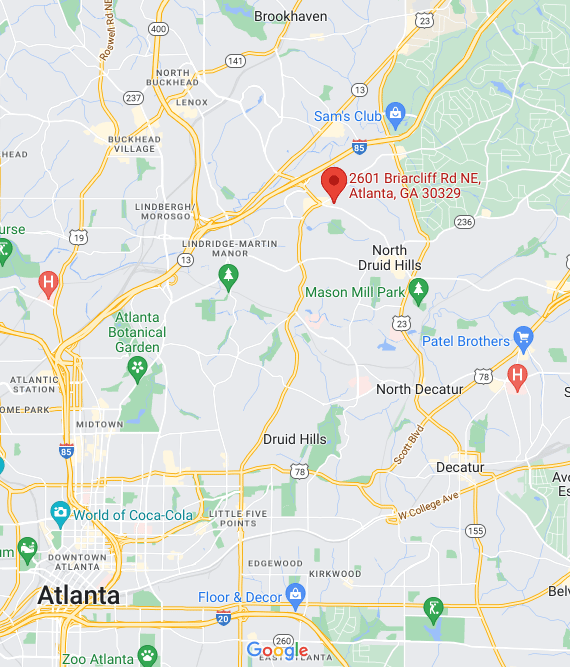 The development will be located at 2601 Briarcliff Road. Courtesy of Google Maps.

The project, located at 2601 Briarcliff Road and near the future site of Children’s Healthcare of Atlanta’s new facility, will include 381 apartments, 55,000 square feet of medical office space and a 140-room hotel with long-term stay suites for CHOA families.

The tax abatement was controversial when proposed. In March 2021, Dekalb County Commissioner David Rader called it “unusually large” and said the county needed the tax revenue to upgrade the infrastructure necessary to support CHOA’s billion-dollar complex.

“With tax abatement, this project will bring accelerated new traffic and service demand we can’t meet,” Rader wrote in a blog post. “Projects serving the subsidized hospital district can yield the necessary funds, but only if they are taxed.”

In announcing the deal, Decide Dekalb noted that Related will spend $4.5 million in roadway, sidewalk and greenspace improvements, and the project is expected to create 220 temporary construction jobs. Twenty percent of the residences are slated as affordable housing.

“A development of this size is important to our economic ecosystem in DeKalb County,” Decide DeKalb board chair Don Bolia said in a press release. “Related Group has thoughtfully designed Manor Druid Hills to serve the needs of our residents and surrounding businesses, from the hospital, such as the need for more medical offices and a hotel, to the teachers, firefighters and police officers and others who can benefit from having access to more affordable housing.”

Decide DeKalb estimated that Related’s project would generate more than $25 million in taxes over 20 years, with $13 million going to the Dekalb school board, $7 million to county government and $6.8 million to the city of Brookhaven. Taxes currently paid on the site total $129,564 per year, Decide Dekalb said.

Work on the project is expected to begin in spring 2023.