March proved a very positive month of real estate for Atlanta, according to new research. 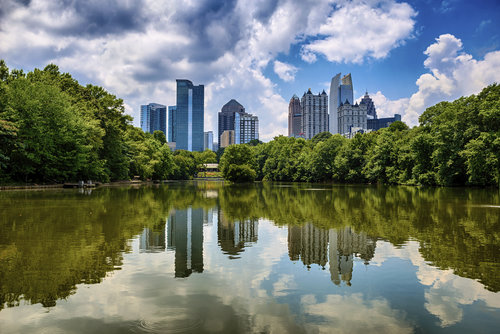 March proved a most sensational month of housing activity in the ATL, with home sales rising 13.8 percent year-over-year and a whopping 32.5 percent from February to March, according to the latest numbers from the Atlanta Board of Realtors, which covers the counties of Cherokee, Clayton, Cobb, DeKalb, Douglas, Forsyth, Fulton, Gwinnett, Fayette, Henry and Paulding.

Home sales were hardly the only positive element in ABR’s report. Other positive trends included:

“Robust Spring Season” on the Way

“We are preparing for a robust spring season in the housing market,” Antoine said. “Consumer confidence levels are rising, and more buyers are entering into the market. I believe we will see strong buyer demand, median and average sales prices continue accelerating and favorable interest rates throughout spring 2015.”

Indeed, it’s a pattern that Atlanta’s housing market has followed the last two years – modest Januarys and Februarys followed by huge upticks in March, and an even stronger April to follow. In 2013, for instance, sales rose 28.5 percent from February to March, and in 2014, the increase was 38.9 percent.