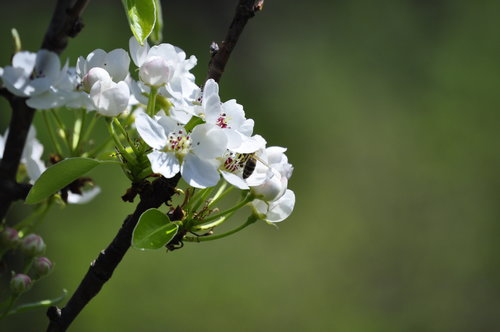 April was another universally positive month for housing in Atlanta, with home sales, sales price and even inventory all showing considerable improvement, according to the latest analysis from the Atlanta Board of Realtors (ABR).

Most encouraging of all, Atlanta’s much-beleaguered housing inventory is showing signs of life. Though still low at a 3.8-months supply (ideally, inventory should be between 6- and 7-months), April’s 14,836 units represented a 3.8 percent increase from last year, and new listings were up 6.4 percent year-over-year.

April’s strong market came on the heels of an explosive March, and ABR President Ennis Antoine emphasized the market’s momentum in his comments.

To recap: home sales, median and average prices and inventory are all increasing in Metro Atlanta, and we just reported this morning on the area’s improving foreclosure marketplace, which is far ahead of national averages in terms of inventory and delinquency rates.

One stat in ABR’s report, though, gives us pause, and that is Atlanta’s double-digit price increases. Though strong home price growth is surely fueling Atlanta’s resurgent inventory – rising prices not only spur consumers to list their homes, but also lift underwater homeowners out of negative equity – it also places Atlanta’s market further out of reach for middle- and lower-income consumers, whose wages are not rising at nearly the same rate.

A recent study by RealtyTrac spotlighted the wage/home prices problem starkly: in the last two years, prices in Atlanta have risen a stunning 38.1 percent, second only to San Francisco’s 38.6 percent; meanwhile, wages have grown only 3.5 percent in that same time span, meaning that prices have risen at 11 times the rate of wages. And those inventory increases we cited earlier? Redfin analyses suggest that new listings in Atlanta have been generally unaffordable for middle-class consumers.

Atlanta, by some measurements, is already the most unequal metro area in the U.S., and long-term inequality can negatively impact local housing markets – and considering that RealtyTrac’s analysis only went through 2014, April’s home price data strongly implies that Atlanta’s market remains divided as ever.

So again, ABR’s numbers are highly encouraging, but we’ll also be closely following competing analyses of Atlanta’s market for more clues on the market’s long-term health.