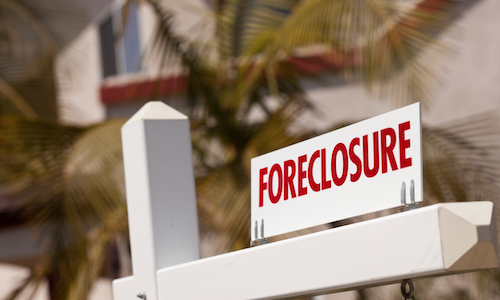 Yesterday, CoreLogic released its June 2015 National Foreclosure Report, and the big reveal was foreclosures are still dropping – so not much of a surprise.

For another month, national foreclosures fell, with inventory dropping 28.9 percent year-over-year from a 1.7 percent to 1.2 percent market share, while completed foreclosures declined 14.8 percent.

From their peak in September 2010, foreclosures are down 63.3 percent and currently represent the lowest rate since Dec. 2007.

The country’s serious delinquency rate dropped nearly a percentage point to 3.5 percent, which is a healthy level, but above the normal standard established in pre-crisis years.

In Georgia, foreclosure levels remain well below the national baseline. Inventory dropped 0.3 percentage points year-over-year to 0.7 percent, and the numbers were identical in the state’s biggest metro. In one area where Atlanta surpassed the state, however, was its serious delinquency rate, which dropped 0.9 percentage points to 3.3 percent, compared to Georgia’s 3.4 percent.

Foreclosure movement in June is consistent with trends established earlier in the year.

Researchers from CoreLogic examined data from individual states and metros to determine where foreclosures were still a problem and where their significance had waned.

Throughout the year, foreclosure rates have steadily declined, and the reason is simple: rising employment and strong home prices.

“The foreclosure rate for the U.S. has dropped to its lowest level since 2007, supported by a continuing decline in loans made before 2009, gains in employment and higher housing prices,” said Frank Nothaft, chief economist for CoreLogic.

Nothaft, added, however, that the improvements have not happened universally, and that in some areas, like Tampa and Suffolk, foreclosures are still very much a problem.

“Serious delinquency is at the lowest level in seven and a half years reflecting the benefits of slow but steady improvements in the economy and rising home prices,” he said. “We are also seeing the positive impact of more stringent underwriting criteria for loans originated since 2009 which has helped to lower the national seriously delinquent rate.”