The rental market in Atlanta has been red-hot for some time now, but what does that mean for homeownership? The average rent in Atlanta’s housing market is $885, and the area’s rental growth is faster than most other major metro areas.

Those were the main findings in the latest report from Reis, which analyzed the nation’s rental markets through 2015’s third quarter.

We put together a series of graphs to illustrate Reis’ data. First, a look at average effective rents in the third quarter: 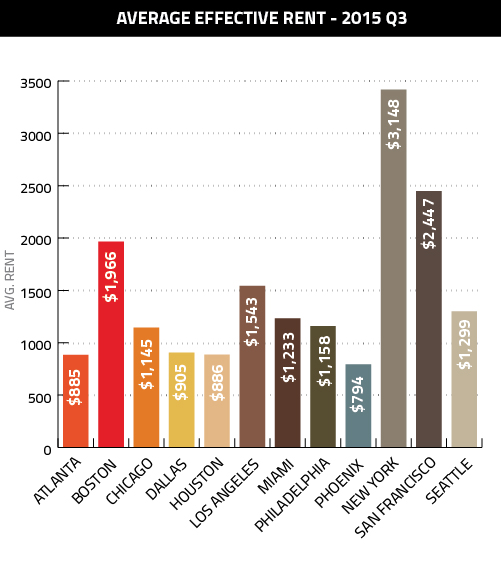 At $885, Atlanta’s average rent is inline with similarly inexpensive markets such as Houston and Phoenix, and still substantially lower than Boston, Los Angeles and San Francisco, to say nothing of the mighty New York.

In terms of rent growth, however, Atlanta’s market is a step ahead of most. First, here is how rents have grown since 2015’s second quarter: 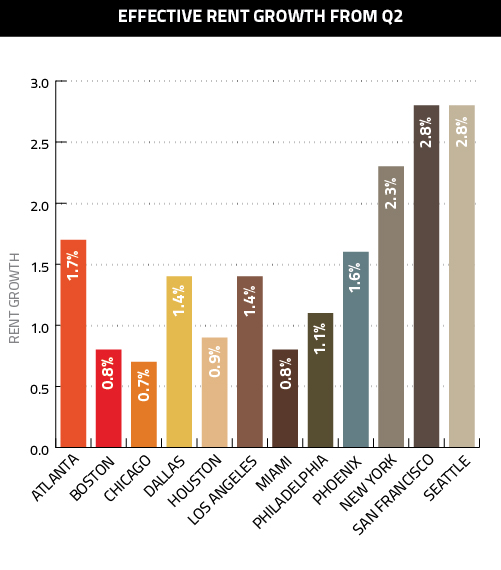 At 1.7 percent, Atlanta’s growth is second only to the strong returns in New York, San Francisco and Seattle.

The situation is similar with 12-month rent growth: 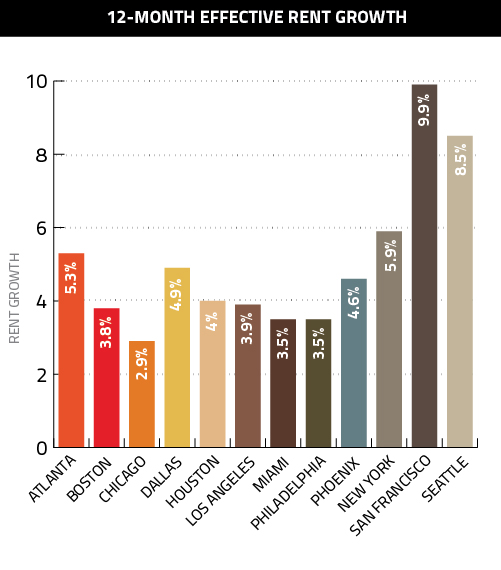 Do not signify bad things for Atlanta’s housing market? After all, Freddie Mac research has shown that aggressive rent increases have been the main trend stopping renters from buying homes. If rents increase, the research suggests, even consumers who want to buy are unable to do so, given that they are less capable of saving for a down payment.

There is no definite link here in Atlanta that recent rent increases are harming homebuying (and indeed, sales were up 8.4 percent year-over-year in August), but it will be interesting to see how homeownership shifts in 2016.