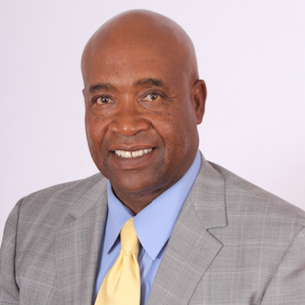 Ron Cooper is the president of the National Association of Real Estate Brokers, the nation’s oldest minority trade association

This week, we talked with Ron Cooper, the president of the National Association of Real Estate Brokers, the nation’s oldest minority trade association. A real estate veteran with more than 30 years of experience, Ron is the founder/owner of R.S. Cooper & Associates, a firm that specializes in maintaining, marketing and disposing REO properties. He and NAREB are currently preparing for the four-part National Mid-Winter Conferences, which will take place in Oakland, Memphis, Philadelphia and Chicago; the theme will be “Rebuilding Wealth through Black Homeownership.”

Ron Cooper (RC): As president, I’ve started a campaign that Black homeownership matters, and the initiative is to increase the number of black homeowners by two million in five years. That is really a holistic view in terms of building homeownership. We took a big hit during the downturn in turns of equity wealth, and equity wealth is a large portion of wealth in the Black community – it impacts our children’s school, neighborhood businesses and so on. So we’ve taken on the charge of advocating to increase homeownership.

NAREB started as an advocacy organization, and over the years we have moved toward being more of a trade organization. As the 29th president, I feel we have to move back to our original creed of advocacy. Most of my membership, including me, are Realtors, and there is no trade organization more effective than NAR – in fact, I have been a Realtor longer than I have been a Realtist. However, I also recognize that there are issues that NAR can never champion, so there is a necessity for NAREB.

When it comes to the initiative’s aims of two million new Black homeowners, we do not have the structure nor the membership to do that; however, the goal is for everyone, and to build collaborations with not only NAR and other trade organizations, but also other advocacy organizations to understand the most crucial issue which we face.

AA: In addition to the initiative, what are some of the things you focus on as NAREB’s president?

RC: In terms of totally looking at the housing industry, the Harvard Joint Center of Housing Studies recently indicated that there are two reasons for the decline of homeownership. First, there are restrictive underwriting practices, which are the result, in a sense, of Dodd Frank. Black consumers, though, are disproportionately affected by those practices – if you look at the denial rates, it is almost 2.8 times more for African Americans than for whites. That puts us in a position of not being able to participate in the recovery, while everyone else – the banks, Wall Street, etc. – has been able to participate.

I always talk to my membership about history. We have to be very careful that we do not repeat the sins of our fathers, and that we understand our history. If we remember, for instance, that in 1968, the Kerner Commission provided President Johnson with a report that stated America was moving towards a dual society – one white, and one Black. If you look at America today, that is exactly what has happened. Our major cities are a clear examples of that, and we have to be careful to understand what we learned in 1968, and make sure that we implement recommendations that do not repeat what we saw before. Another thing that report talked about was how the 1967 riots were a result of the lack of homeownership in Black communities. That was why they had no problems burning and looting their neighborhoods. I think we’re facing that problem again in America.

So we believe that all Americans, regardless of their ethnicity, should have the right to opportunity for homeownership, and our government should do all it can to promote wealth building in American communities. And it’s very strange to me that nobody at the local or national level seems to be talking about these issues.

AA: Historically speaking, the real estate industry has had its problems with diversity and segregation. Given today’s climate, though, do you think we are at a turning point?

RC: At the grassroots, that is happening. What we are not getting is a national platform, and that is why we have to raise our voices. So although I see it on a local level, when I talk to various established individuals, it’s not an issue to them for some reason. There are so many other things they are dwelling on.

The Chicago Tribune recently reported that many homeowners in Chicago’s south suburbs doubt they will ever regain their equity after the downturn. I’m looking at those statistics before our Mid-Winter Regional Conferences, and I want to really address how someone buys a house in Chicago for $135,000, yet today, that same house is worth $29,500. That really speaks to the fact that the government needs to step in. Something needs to happen.