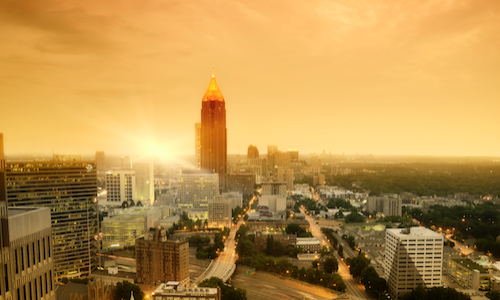 Atlanta’s housing stock is the No. 15 most valuable in the entire country, according to a year-end analysis from Zillow.

Altogether in 2016, Atlanta’s residential properties tallied a worth of just over $413 billion, topping other major markets like Baltimore, Denver and Houston – all of which have higher overall populations. Last year’s value represents a $30.6 billion gain over Atlanta’s 2015 housing stock.

The strengthening of property values in Atlanta reflects a larger trend of recovery that spanned the country in 2016. Nationwide, housing stock value improved by $1.6 trillion from 2015 to $29.6 trillion.

“The U.S. housing stock is worth much more than ever, which is a sign of the ongoing housing recovery,” said Zillow Chief Economist Svenja Gudell.

Unfortunately, as Gudell caveated, the improvements to value also signal diminished affordability, something already proving a problem for a huge block of Americans.

Gudell added: “The total value of the housing stock grew nearly 6 percent this year, a pace that will likely mean some American families are priced out of homeownership.”

As we’ve recently reported, even an increase of $1,000 to Atlanta’s median home price would effectively price out over nearly 4,000 buyers.

See our below table to compare the value of Atlanta’s housing stock to other major markets’.