On the Move: Why Atlanta renters are relocating in droves 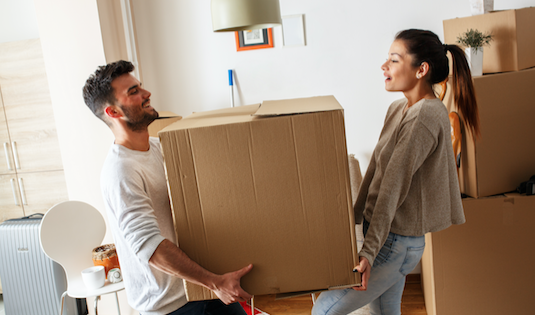 Despite settling in Atlanta, a recent Apartment List report suggests that many of the city’s renters aren’t so settled after all. The survey – which consists of nearly 24,000 metropolitan renters nationwide – reveals that 72 percent of residents currently renting properties in the Southern city plan on moving to a different metropolitan area in the coming years. In comparison, the amount of renters intent on changing metros at the national level sits at around 64 percent.

At 29 percent, the most common explanation given for wanting to leave Atlanta is a lack of diverse job opportunities. Some renters who are looking to change careers or advance further in their field hope to flee to other booming coastal economies like New York. Moreover, about 26 percent of people questioned agree that the continually increasing cost of living in Atlanta is another a major factor in the decision to relocate. Among the other reasons provided are both general safety concerns within certain neighborhoods (10 percent) and a particularly long morning commute (13 percent). 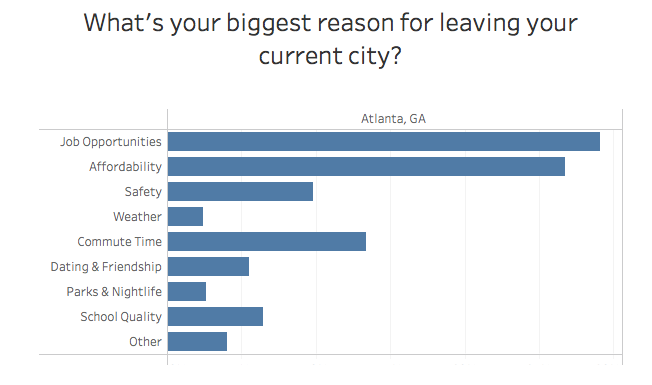 Where are all of these renters going? Well, it is likely that some of them are staying close by. The most popular in-state relocation option for those from Atlanta is in Athens, Georgia. However, a good number seem have their eyes set a bit further on the horizon – as the most popular out-of-state metro chosen by renters from the same area is Los Angeles, California.

Although the thought of renters fleeing the coop may seem daunting to those in the business of real estate, committed Atlantans need not despair. In addition to the findings listed above, Apartment List also discovered that Atlanta is the most popular metropolitan destination in the South, and is the number one destination for people relocating from Charlotte, Kansas City, Orlando, Tallahassee and Columbia.