Atlanta inventory continues to constrict in July as prices creep up 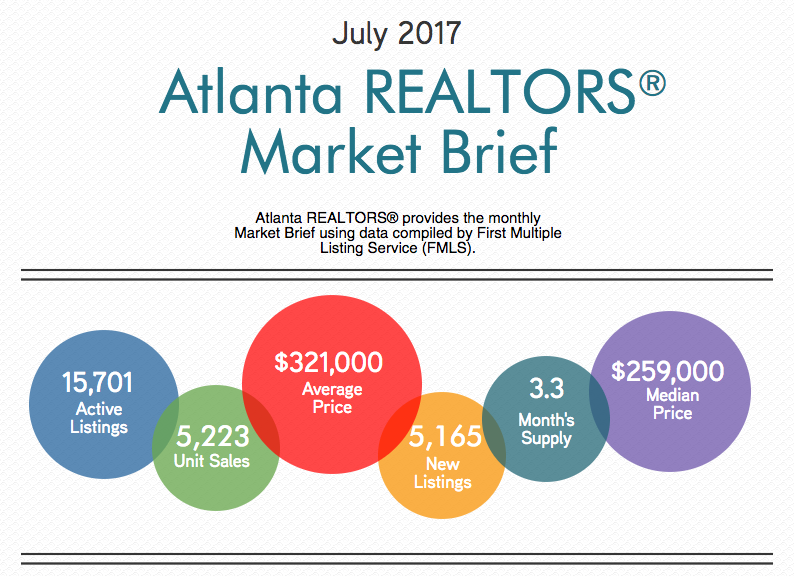 Home sales in Atlanta dropped slightly in July as prices outpace 2016, according to the Atlanta Realtors Association’s latest report.

New listings were only down 0.7 percent from last July, totaling 5,165 this year, but were down 9.5 percent from June. However, the months’ supply over a 12-month period increased from 3.2 months in June to 3.3 months in July.

“Home values are rising at reasonable levels, and the Atlanta market has stayed accessible to both buyers and sellers,” Atlanta Realtors President Bill Rawlings said. “The local market has consistently had around a three-months’ supply for the past year, with sale prices improving reliably yet without the rapid acceleration of some other major cities.”