This week in Atlanta real estate: A new Avalon, offices converting to housing and more 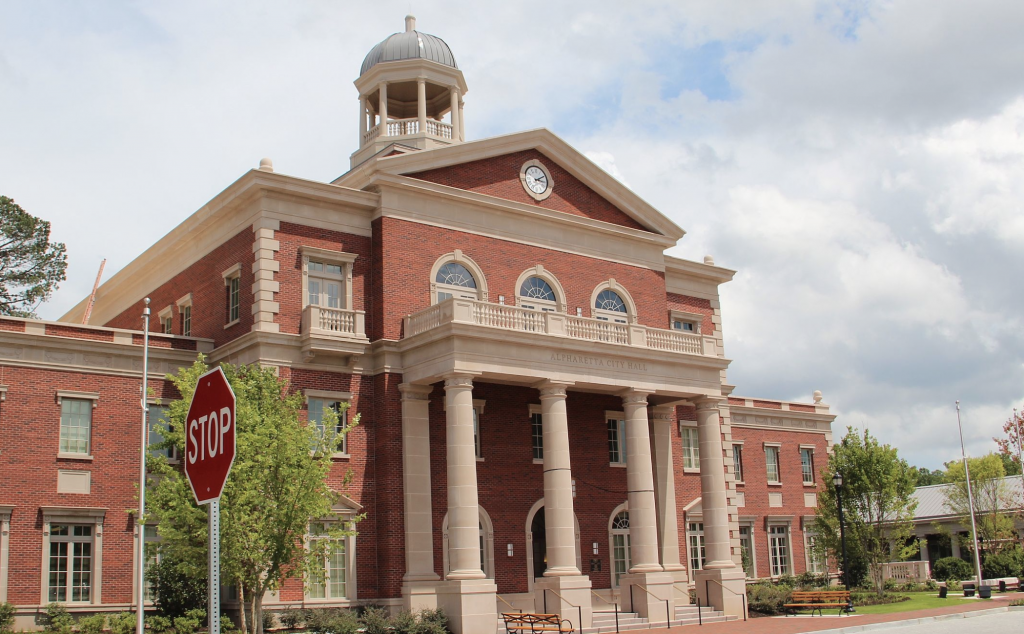 A new Avalon on the horizon?

The Alpharetta City Council approved rezoning 83 acres and allowing a 24,000-square-foot freestanding development that used to be the Sears store within the North Point mall. Brookfield Properties, which owns 140 malls, proposed housing retail and restaurant tenants in the space, as well as a three-building multifamily component with no more than 300 units. Slightly more than 15 acres of civic and amenity space are also planned. The developers say the project will increase walkability, bicycle use and trail access and will include a MARTA bus station.

The housing will have 175 one-bedroom apartments ranging between 700 and 900 square feet starting at $1,400 a month and 125 two-bedroom units with space between $1,050 and 1,250 square feet for $1,900. Brookfield will also modify the mall’s interior, adding more than 5,000 square feet of age-appropriate play spaces. Many voiced the opinion that these new changes will develop the area into one similar to Avalon, a mixed-use complex nearby that has been widely successful since its opening.

In other residential real estate news:

Office park to convert into housing

WestRock, a former suburban office park, was purchased by Alliance Residential, one of the largest multifamily developers in the nation, and will be redeveloped into a luxury apartment community. Located at 504 Thrasher Street, the 12-acre site consists of eight vacant office buildings, two of which will be saved and converted into 90 loft-style rental units and a co-working space. Designed by Brock Hudgins Associates, the project will also include two new four-story buildings offering 200 additional rental units ranging in size from 560 to 1,400 square feet as well as a half-acre public park. Construction will start early this year on the community, dubbed Broadstone Norcross, and will be open to residents in 2020.

House Bill 302, which forbids local governments implementing building design element restrictions, passed the Georgia House Agriculture and Consumer Affairs Committee by a 6 to 5 vote. While those opposing the bill say the ability to impose local restrictions will enhance a town’s uniformity and make a town more attractive, residential real estate and construction associations support it. They believe allowing a town to legislate design elements such as exterior color, material, basement specs and roof pitches will not only drive up the price of houses but be a de facto way to prevent affordable housing in the communities. So far, the bill has not gotten a full House floor vote. If it passes, it will then go to the Senate for a vote and to Gov. Brian Kemp to be signed into law.

Crescent Communities and Pace Lynch submitted an initial site plan and request to the Peachtree City Council to lift the development moratorium as a first step to seek approvals to develop Calistoa Lake McIntosh. Their goal is to create a mixed-use destination that provides walkable access to retail, dining and nature by the lake. The site includes 12 acres for future office development as well as residential offerings that range from apartments in five-story buildings to cottages and single-family homes.

The 325-unit, 15-story high-rise known as Ashley Gables Buckhead opened its doors in Buckhead Village. Company representatives said the building is the first in the area to offer full-service custom amenities, such as cleaning services, massages and dog walking, through a custom concierge app known as Amenify. They offer flats and townhomes ranging from studios to three-bedroom units beginning at 476 square feet all the way up to 2,588 square feet.

A 213-unit townhome development is being planned for 41.5 acres on One Peachtree Road north of Lawrenceville-Suwanee Road and adjacent to the east side of Interstate 85. The project is being proposed by developers Carriage Hill Associates, Southern Heritage Home Builders and Walker Anderson Homes and will go before Suwanee’s Planning and Zoning Commission on March 5.