Atlanta is classified as ‘rent-burdened.’ Here’s what that means. 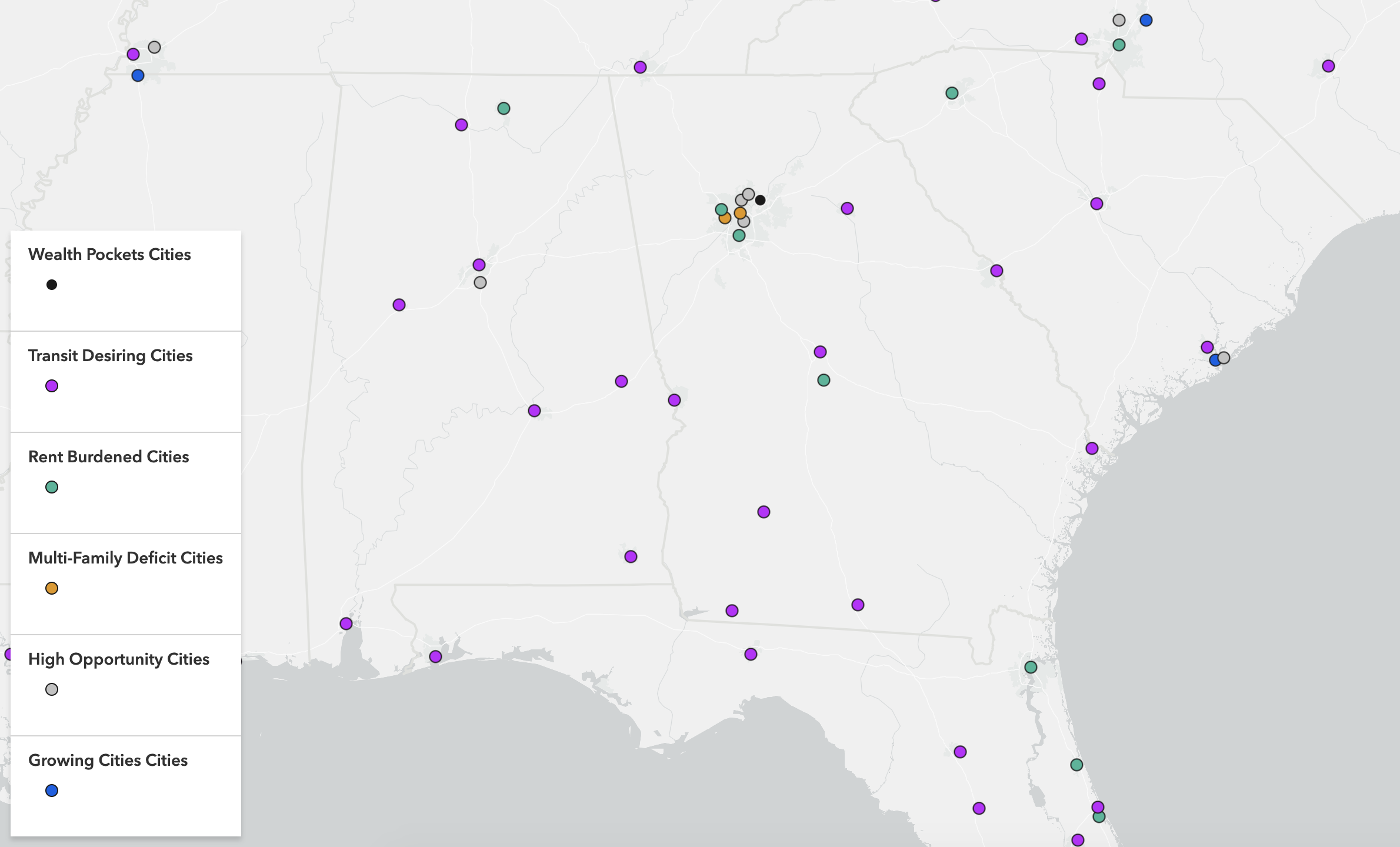 In a report titled “Housing Market Conditions Across America’s Cities,” the National League of Cities’ Center for City Solutions recently classified 754 cities of at least 50,000 residents into six different categories to identify their main housing opportunities and challenges.

Atlanta’s classification was as a rent-burdened city, and it’s in good company in this regard; 27 percent of the cities studied fell into this category. Only one other category collected more urban areas, transit desiring cities at 29 percent. The other categories are high opportunity cities, growing cities, multi-family deficit cities and wealth pocket cities.

Being a rent-burdened city means that Atlanta suffers from low levels of median income, owner occupancy, and population and income growth. On the plus side, Atlanta and the 203 other cities in this category have a low gender income gap and some of the highest public transit access and numbers of single-family building permits in the study.

Some of the factors that played into the determination are whether each city’s permitting of single- and multi-family housing is meeting the income levels and job growth opportunities of its residents, as well as demographic and economic issues, wherein Atlanta was determined to be suffering from low levels of median income and job growth alike.

Clarence E. Anthony, CEO and executive director of the National League of Cities, emphasized the importance of tailoring strategies for promoting affordability to the conditions in each individual city. “Affordable, stable housing is currently out of reach for millions of Americans,” he said in the report. “Of course, there are certain housing policies that can have a positive impact everywhere, but we know that strategies and solutions in Seattle and Denver may not work for Charlotte, North Carolina, or Peoria, Illinois.”

Transit was a big part of what sets Atlanta and other cities in this classification apart in terms of its potential to grapple with economic challenges, according to the report’s authors. “These cities deploy nearly twice as many public transit vehicles as the other cities, giving them the greatest advantage when it comes to accessing good jobs. So, while job growth and educational attainment could be improved, residents are better able to access jobs from various locations, meaning that housing cost burden is slightly less, on average, than in other cities,” the report noted.

The report’s authors also assigned classifications to several municipalities surrounding Atlanta. Marietta joins Atlanta as a rent-burdened city. Smyrna is classified as multifamily deficient, meaning the report’s authors think its affordability issues would be best addressed through building more apartments and condos. Stonecrest has the classification as transit-desiring, meaning the authors think more access to jobs through better public transit would best address its affordability issues. And Alpharetta, Brookhaven and Roswell are all what the report terms wealth pocket cities, in which a more diverse socio-economic mix would help render housing more affordable for those of middle and lower incomes.