Despite a decline from the same period last year, Gwinnett remained by far the most-active metro-Atlanta county for homebuilding in the second quarter.

Gwinnett was once again head and shoulders above its neighbors in terms of housing starts, closings and lot deliveries, with Cherokee County coming in a distant second, according to a new report from asset manager and developer St. Bourke. 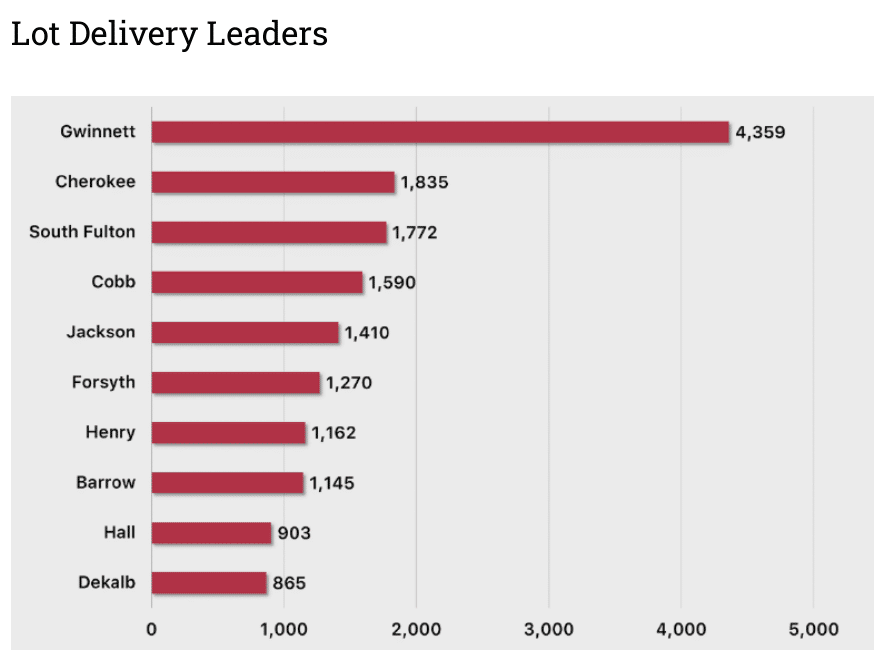 Of the 23 counties analyzed by St. Bourke, 16 experienced year-over-year declines in housing starts, and 15 saw declines in closings, while 13 saw lot deliveries increase.

“Atlanta’s housing market contracted during Q2 due to a combination of both micro- and macro-economic factors,” St. Bourke said. “On a microeconomic scale, 18-plus months of unsustainable price growth has made a sizeable dent in the number of Atlanta households who can afford to purchase a home in the current conditions.”

By builder, D.R. Horton again led the way in the Atlanta metro, with 720 new-home closings in the second quarter, followed by Lennar Homes with 327 homes closed and Starlight Homes/Ashton Woods with 293.