The transit-oriented development of Bankhead will encompass almost 5.5 acres of land, along with air-rights above the station, which is located at 1335 Donald Lee Hollowell Parkway. Photo courtesy of Microsoft. 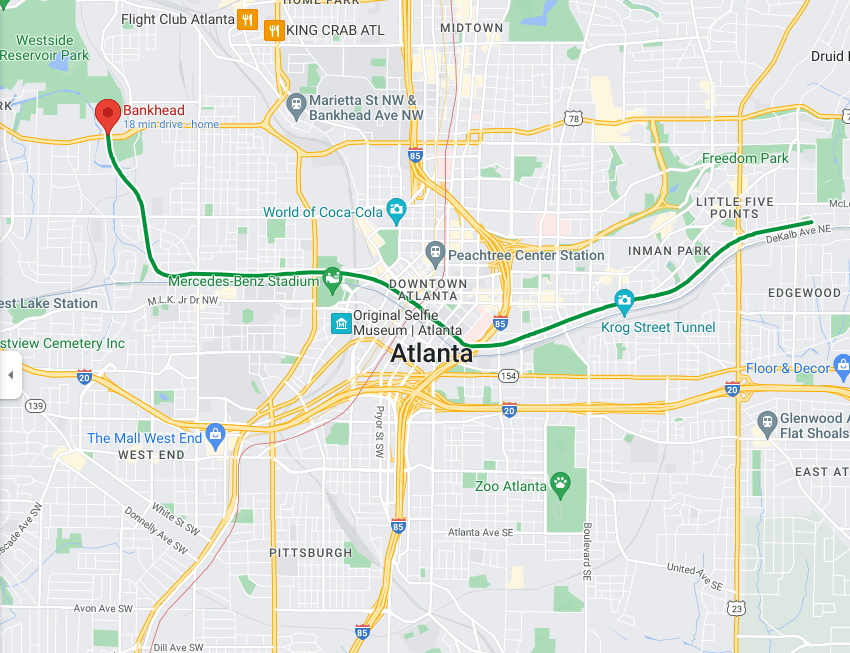 The transit-oriented development (TOD) of Bankhead, the western end of MARTA’s Green Line, will encompass almost 5.5 acres of land, along with air-rights above the station, which is located at 1335 Donald Lee Hollowell Parkway. Westside Park is nearby, as well as the Atlanta BeltLine’s Westside Trail and the Proctor Creek Greenway.

Peebles’ development plan calls for 148 of the 495 apartment units to be designated as affordable housing, at 80% to 120% of the area median income by zip code. Office and workshare facilities, retail, hotel rooms and more than an acre of open space are also included in the plan.

“Bankhead Station is in a part of Atlanta that is undergoing significant growth and land use changes,” MARTA interim general manager and CEO Collie Greenwood said in a news release. “Our rezoning efforts with the city and the station’s location within a Federal Opportunity Zone make this TOD an incredible opportunity to provide affordable housing and other community amenities convenient to transit.”

The Bankhead Station transformation project is part of the MARTA 2040 transit improvement and expansion program. Planned work on the station includes a platform extension from two-car to eight-car capacity to match the capacity of the system’s other 37 stations and other modifications.