Buying and selling a home can be an extremely stressful process, so much so that some Atlanta homeowners say they would rather get a root canal than try to sell a home.

What makes the process so stressful? Two of the most challenging aspects of selling cited by survey respondents were getting their house ready to sell (65 percent) and maintaining their home for viewing (47 percent).

As for the buying side, Atlanta homeowners said the most challenging parts are packing up family belongings (54 percent), finding a new home (50 percent) and selling the current home (49 percent).

With home prices on the rise in Atlanta, it would be a prime time for homeowners in the area to consider selling their homes. Out of those surveyed, 57 percent of homeowners felt their current location is ideal, but their actual home is less than ideal. 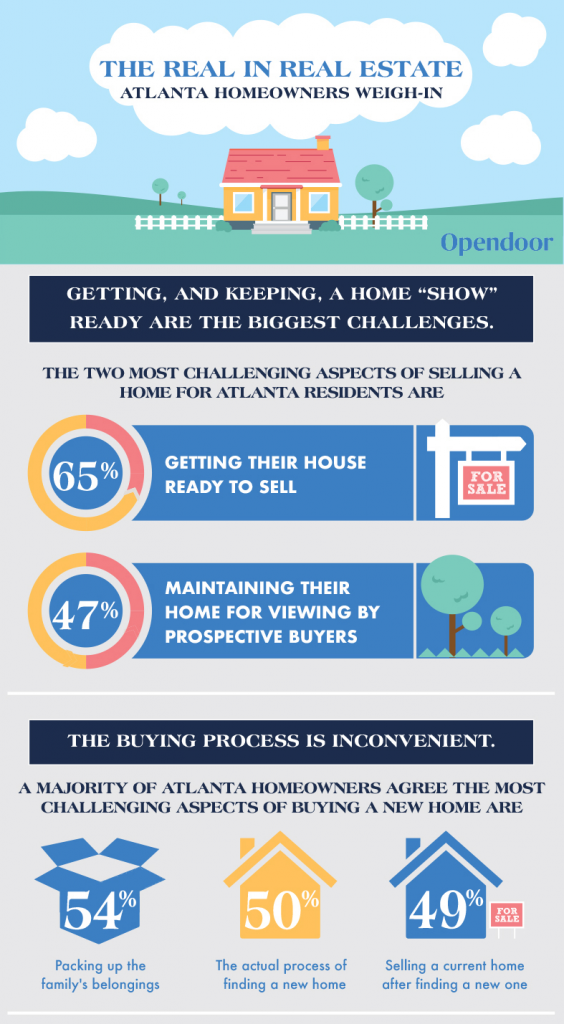