According to a new survey, homebuyers most interested in the south and many of them are headed toward Georgia.

While Georgia is extremely popular among out-of-state residents looking for a new location, current residents are not interested in leaving either. According to LendingTree, less than 10 percent of Georgia residents were look to move out of state, the sixth-lowest percentage.

Of those are looking to move out of state, 26.32 percent are interested in moving to Florida. In fact, Florida is the top destination for residents of 18 states.

Vermont had the highest percentage of residents looking to move out of state, at 24 percent. Additionally, the states with the lowest Moving Popularity Score were South Dakota, California, Minnesota, North Dakota and Hawaii. 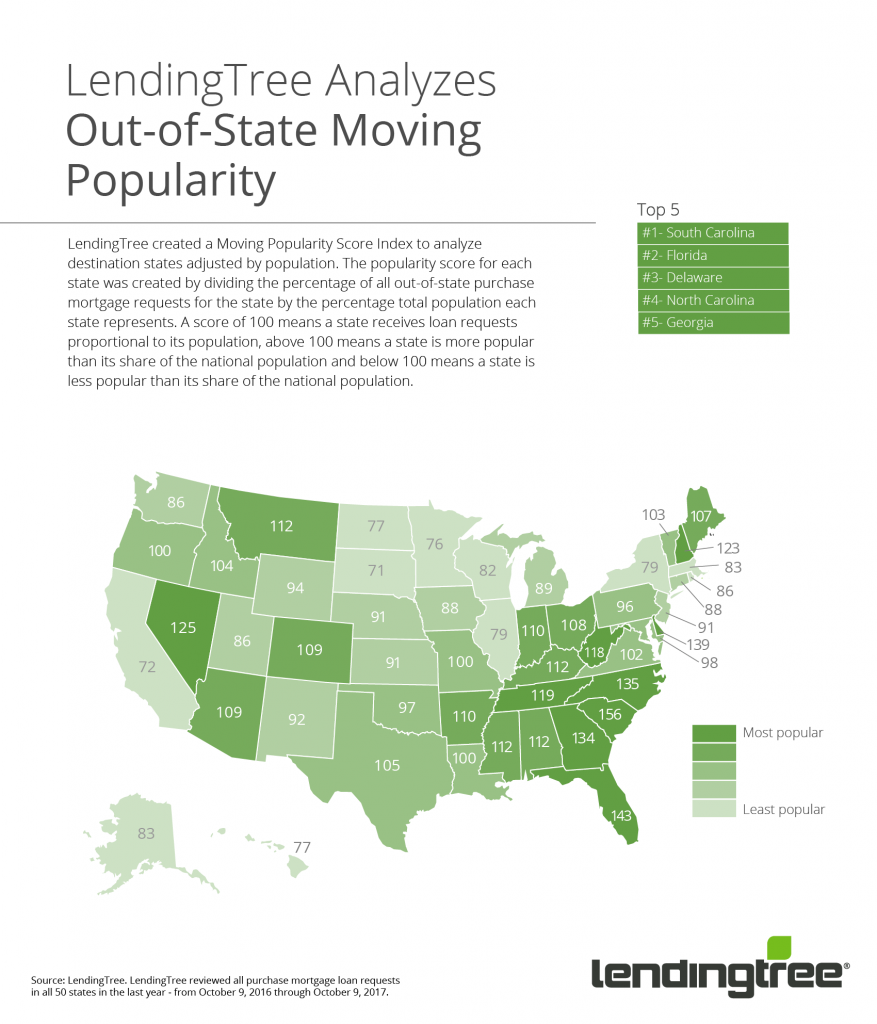