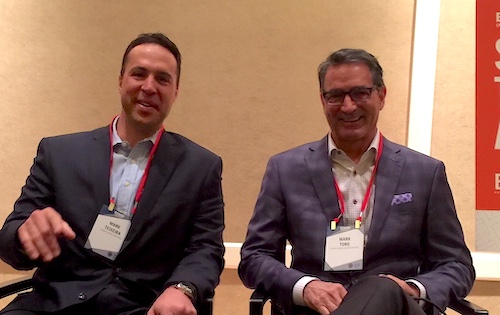 The key to attracting tenants to a mixed-use project is creating connections, according to experts on two panel discussions that focused on commercial construction and development in Atlanta Wednesday. The panel discussions, sponsored by Bisnow, included professionals from the development world as well as political heavyweights from the city of Atlanta and the state of Georgia.

“People want to be together,” said Mark Toro, managing partner of North American Properties, adding that the developments his company builds have specific features that help accomplish that goal. “We are all seeking to be part of a community. Yes, we have to have all the technology, but people want a place to be together and have one-on-one conversations.”

Toro’s company developed Avalon, a massive mixed-use development in Alpharetta that virtually created a new city with 526 luxury rental units, well-regarded restaurants, entertainment and offices that draws even non-residents to the northern suburb. Currently, he is developing 270 rental units at Pill Hill, which will be around an eight-minute walk to the hospitals and doctors’ offices that populate the north Atlanta neighborhood. The project, dubbed “The Hill,” markets itself directly to those wanting a connected work-life environment with the slogan “Balanced/On the Hill.”

Mark Teixeira, partner at Urban Creek Partners, says his company’s Quarry Yards development exemplifies what new mixed-use projects need to succeed in the current Atlanta market. The master-planned, mixed-use development in West Midtown allows for 850 residential units in its first phase. The project is adjacent to the new Westside Park at Bellwood Quarry, a 300-acre public park scheduled to open early this year. 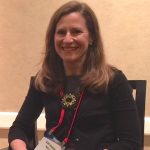 “Most projects today are on the Beltline or next to MARTA or have a lot of green space,” Teixeira said.  “Very few — if any — have all three. We do. We are connecting the residents of the Westside to Atlanta, which had been previously choked off.”

Katharine Kelley, executive vice president of Newport US, a Hamburg, Germany-based real estate development firm, says her company’s plans to restore the 50 historic buildings in an eight-block section of south downtown near the Mercedes-Benz stadium into housing, retail and commercial use, uses this formula as well. “It’s all about connectivity,” she said. “The market is hungry for urbanism and you have to fire on all cylinders with parks, transportation, great architecture — and all walkable. You have to create a lifestyle.”

As part of creating new places for people to live, work and play, David Nelson, executive vice president at Atlanta-based real estate development firm Carter, says developers must get their hands dirty to help build more of a community, even if it’s not directly connected to a project. “We have to take more ownership and be a partner in the community,” he said. To make one of its projects more livable and community friendly, Carter put new equipment in a nearby park. The company also helped build a soccer field near its West End property, The MET. “We wanted to transform these neighborhoods. We want people to want to be around them.”

Toro agrees that a paradigm shift is necessary among the development community: “You don’t see people building buildings; they’re building communities and that requires connections. It requires addressing the human needs instead of building monuments” to a developer’s ego.