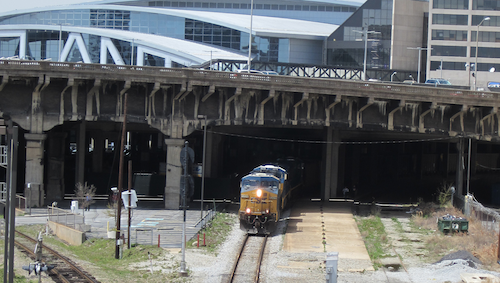 On Monday, Mayor Keisha Lance Bottoms’ office announced an agreement to move forward on the funding of the $5 billion Gulch project, which has recently come under fire by community groups for its subsidy structures. While Atlanta Public Schools will drop its objections and continue to participate in the Westside Tax Allocation District, the city will reimburse the district to the tune of $15 million from 2020 to 2023. Overall, Construction Dive estimates the project will benefit from some $40 million in bonds to help finance it.

The resolution passed unanimously in the Atlanta City Council. “Today’s agreement brings the city to the final stages of what truly represents public-private innovation at its finest, revolutionizing economic development in Atlanta for generations to come,” said Mayor Bottoms in a statement. She characterized the development as “one of the most significant redevelopment projects in the history of Atlanta.”

The bonds are part of the $1.9 billion in incentives the council authorized in November. The funds are aimed at helping developer CIM Group make the changes needed to the site in order to build a massive residential and commercial development on the former rail yard area near Mercedes-Benz Stadium. In return, CIM has agreed to invest more than $50 million in affordable housing and workforce development.