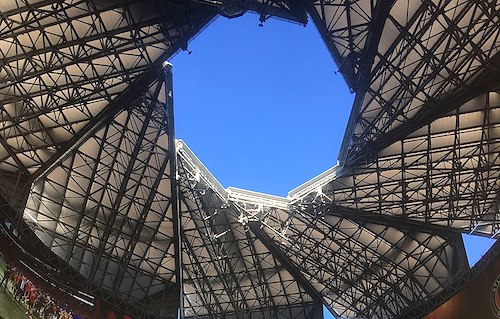 As one of the country’s leading convention cities, Atlanta usually has enough hotel rooms at various price points to handle whatever group comes our way. And then there’s the Super Bowl.

More than one million folks are headed here for Super Bowl LIII, plus more than 10,000 volunteers, making available hotel rooms in the area are virtually non-existent. Not only have rooms been sold out months in advance, but hotel prices have exploded with some spaces going for almost 150 percent their usual rate.

The last time Atlanta hosted the Super Bowl in 2000 — remember that ice storm? — visitors who didn’t book ahead of time found rooms way out in the suburbs, some in the far outskirts of the metro area. But today, visitors who don’t have hotel rooms have an alternative to spending hours in Atlanta traffic; they are taking out rooms and homes through short-term rental sites like Airbnb.

Recognizing the need, Airbnb sprang into action, hosting local events to educate new and prospective hosts, advising hosts on how to meet guest expectations and sharing insights on how to provide recommendations on the city so that guests receives the full Atlanta experience.

The company estimates that more than 9,200 guests have booked Airbnbs for Super Bowl week. Atlanta hosts are projected to earn $3.3 million in supplemental income with the average host pocketing about $690 during the week. The economic opportunity was too much for residents to ignore as 23 percent of Atlanta hosts are opening their homes up for the first time. The average nightly price per room of a booked Airbnb in Atlanta during Super Bowl week is $170, compared to the usual average price of about $80. That’s a bargain when compared to what a median-priced hotel room is going for: $474 a night.

If your clients are tempted by the idea of renting out their homes or investment properties on Airbnb, check out Million Dollar Listing star Samantha DeBianchi’s advice on using Airbnb.

Those booking Airbnbs are a diverse group. Of the 9,200 guests expected by the company, they are coming from 59 countries, 49 states and 1,408 cities. Interestingly, the majority of those who book an Airbnb aren’t from the competing team’s home areas. In fact, only 18 percent of booked Airbnb guests are from the Northeast states and 11 percent presumably flew in from California to see the Rams potentially ruin Tom Brady’s big day.