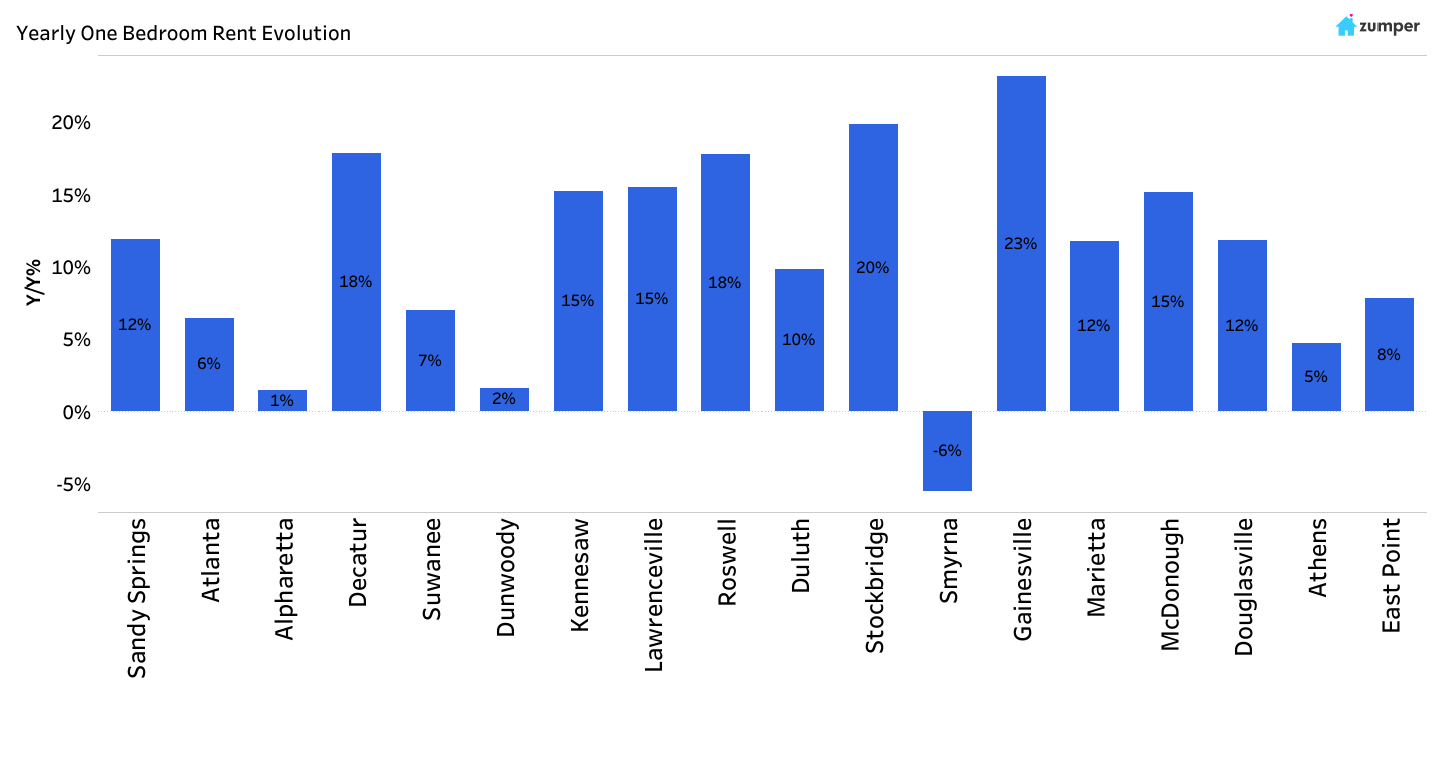 The median rent for a one-bedroom apartment in Atlanta rose 6.4% year over year and 1.4% month over month to $1,500 in March, putting the city in a tie with Seattle for 16th place by rent nationwide, online listing agent Zumper said in a report. 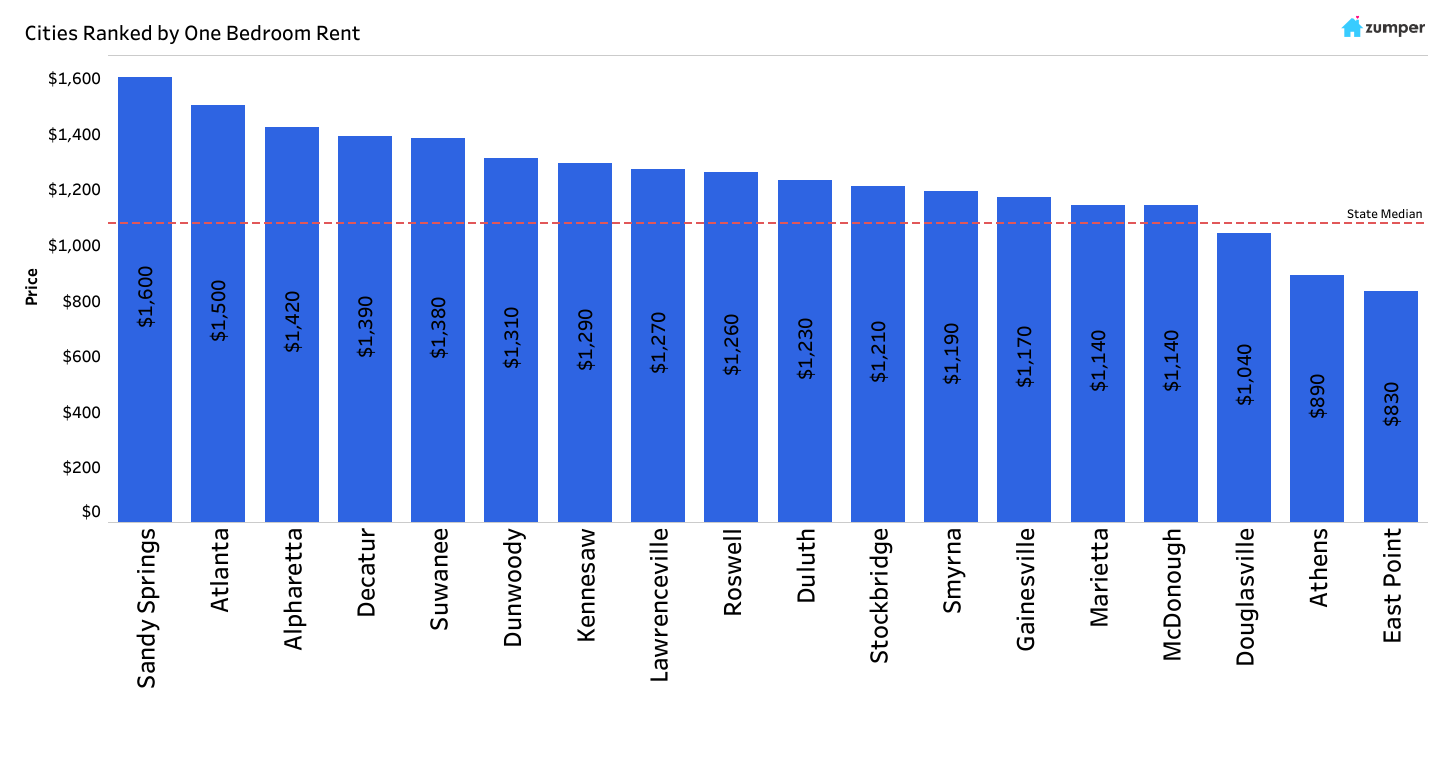 Smyrna was the only locality in Georgia to post negative rent growth in the survey, at -6%.

The strong rents in Atlanta follow a recent CommercialSearch report that indicated the city’s multifamily market was among the hottest in the nation for landlords, with 2,134 transactions between 2009 and 2020, the second-highest number of deals after Dallas-Fort Worth, Texas.

A year ago, Atlanta rents were on a downward trajectory, declining 1.4% on a monthly basis and 6% on an annual one.