The Atlanta condo market, which was left in the dust by the single-family sector last year as stay-at-home orders removed urban living’s primary appeal, has come roaring back, as the world adjusts to the new normal of pandemic life, and the live-work-play lifestyle is hot once again.

While Atlanta’s urban condo market has not seen the bidding wars that have roiled the metro area’s single-family homes, such a scenario is not out of the question, Engel & Völkers Atlanta founder and CEO Christa Huffstickler said.

“I think that eventually, we’ll get to a similar space,” she said. “I think it’ll just take more time to get there.”

There is still new intown inventory that must be absorbed, as well as rental-to-condo conversions and resales, but once those have been worked through, the limited amount of new product in the pipeline is likely to feel the pinch of surging demand, she explained.

In fact, Huffstickler said, the market already seems to be headed in that direction. Days on market have fallen, prices per square foot have risen by 20%, and supply has plunged to one month — in other words, single-family territory.

“Until inventory shoots up significantly, the attached-home market will continue to be a seller’s paradise,” she said. 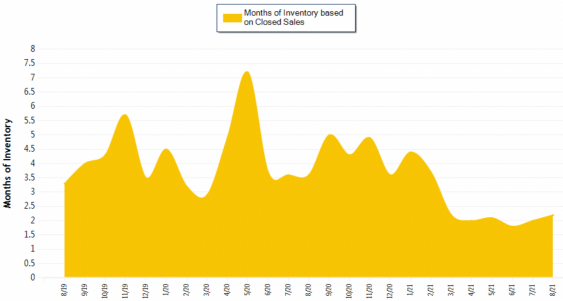 Today’s condo environment is a far cry from the first days of the pandemic, when people were told to stay home and stay away from one another.

“Our condo sales came to a — I won’t say a screeching halt — but a rapid halt,” Huffstickler recalled. “As people stopped coming into the office and started working from home, you lost a lot of the reason people wanted intown condos in the first place.”

Restaurants, galleries and stores were closed, parks lost their appeal, and just the act of touring a condominium, with its common areas and elevators, could seem like taking your life into your own hands, Huffstickler said.

The trepidation many would-be condo buyers felt continued through the fourth quarter of last year, when the first glimpses of a thaw in the market freeze started to appear. 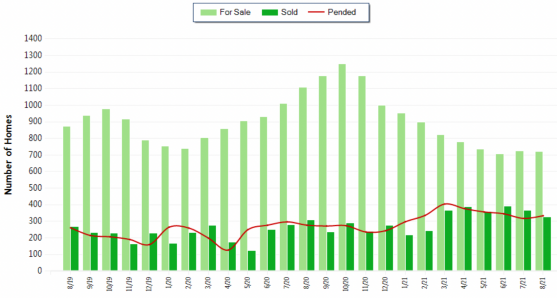 By January, there was just over six months of intown condo inventory, which traditionally is a “very healthy” supply for any product type, Huffstickler said. However, compared to the one-month supply the single-family sector was seeing, “We were like, ‘Oh God, condos are really struggling.'”

Since then, things have only picked up in the sector, and Huffstickler sees no end in sight for the return of the condo craze — at least anytime soon. She cites limited new inventory (most current residential high-rise development is in the multifamily sector) and population growth, which is likely to kick into overdrive as tech companies like Google, Microsoft, Airbnb and Facebook open major offices.

“I think that Atlanta is on the horizon of greatness,” she said, noting that non-locals are just beginning to see what the city has to offer. “I predict that we’re going to continue to see our population surge over the coming years, and I think all of that is going to collectively contribute to a very healthy real estate market for a very long time.”