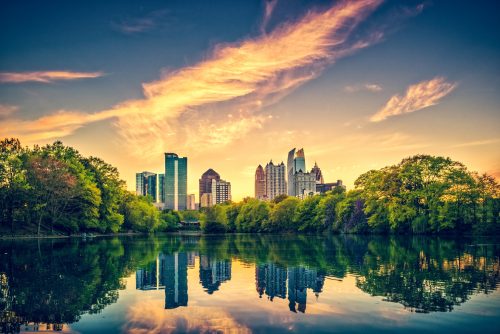 Over the past two years, Georgia has climbed five spots in the Forbes annual ranking of the best states for business. Analyzed across six categories — business costs, labor supply, regulatory environment, economic growth, climate prospects and quality of life — Georgia ranks No. 6 in 2017 with a gross state product of $496 billion.

With 2.6 percent job growth and the cost of doing business 1.8 percent below the national average, Georgia boasts an improved economy and pro-business climate. Sizable companies like Coca-Cola, Home Depot, UPS and Southern Company headquartered in the state contribute to Georgia’s overall prosperity. Georgia’s corporate tax climate was rated the third best in the country by The Tax Foundation’s “Location Matters” study. Of the state’s employment base, union workers comprise only 4 percent, the third lowest in the United States. Less commendable is the state’s poverty rates, with 16 percent of the population living below the poverty line.