Midtown condo market strong at high and low ends, weak in the middle 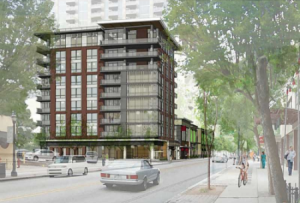 What do donuts and Midtown’s condo market have in common?

A whole in the middle.

“The intown Atlanta condo market has been strongly dictated by price,” said Christa Huffstickler, Founder and CEO of Engel & Völkers Atlanta. “With more millennials entering the market, attainable condo product that offers an urban experience and posh amenities… is in high demand. In addition, affluent buyers have more opportunities as we see a flurry of new development in the luxury arena in Midtown with projects like 40 West 12th hitting the market. We expect to see continued absorption in these two sectors, while the $700,000 to $900,000 price range is no man’s land.”