Where are new Atlanta residents coming from? Atlanta is one of the fastest-growing cities in the entire country. So where are all of these new residents coming from?

The top area sending residents to the Atlanta-Sand Springs-Roswell MSA is the New York-Newark-Jersey City MSA, according to LawnStarter and Bellhops Atlanta’s analysis of recent Census data.

This is still significantly higher than any other city on the list. The city that sent the second-most number of residents to Atlanta between 2011 and 2015 was Miami at 6,751 people. But Atlanta lost 5,105 to the southern Florida metro, giving it a net gain of 1,646.

Atlanta also received a significant number of international residents, with 14.2 percent of new residents coming from outside of the United States. More than 15,000 new Atlanta residents between 2011 and 2015 came from Asia, and 4,551 from Europe. 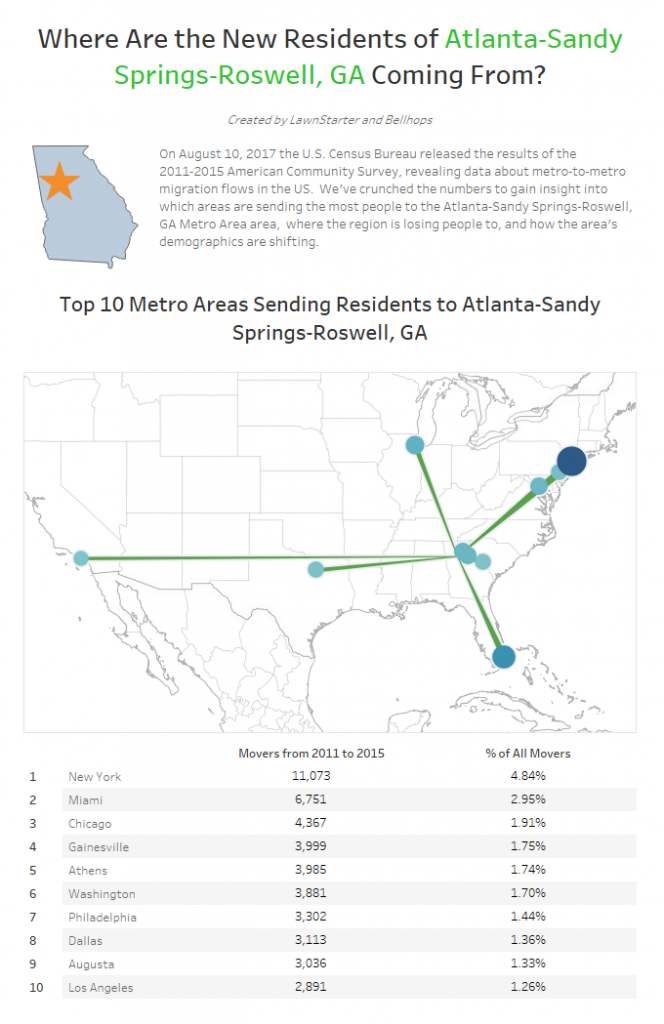